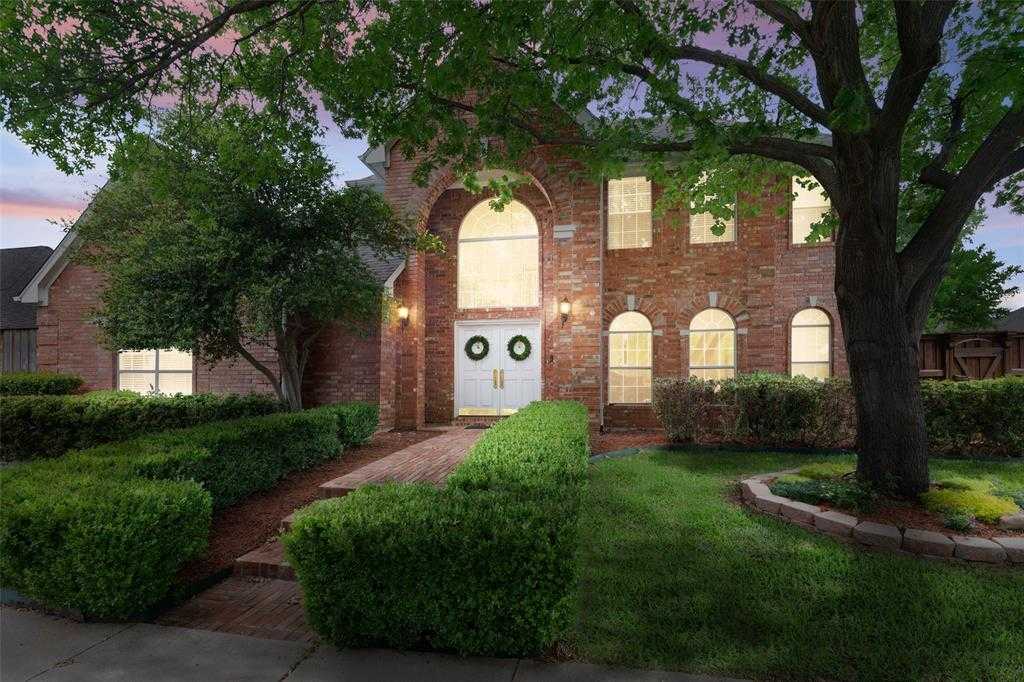 New
$399,500
4 Beds
3 Baths
2,863 SqFt
Status Active
MLS # 14353712
Property Type Single Family
Among accolades and accreditation, Plano is Ranked #4 in Best Cities to Buy a House in America for 2020! Situated on a corner lot, facing south, this beautiful home offers a preferred floor plan with the master suite and 2nd bedroom down plus a 2nd full bath. Natural light fills the gracious sized family room! Sprawling kitchen with tons of cabinets, an island, 2 separate pantries and a butler2019;s pantry. The laundry is a great size too! Upstairs you will find the game room, 3rd and 4th bedrooms and 3rd full bath. Whether relaxing or entertaining, the backyard oasis provides all the right spaces. Enjoy the patio, pool and artificial turf green space!
View Property Details 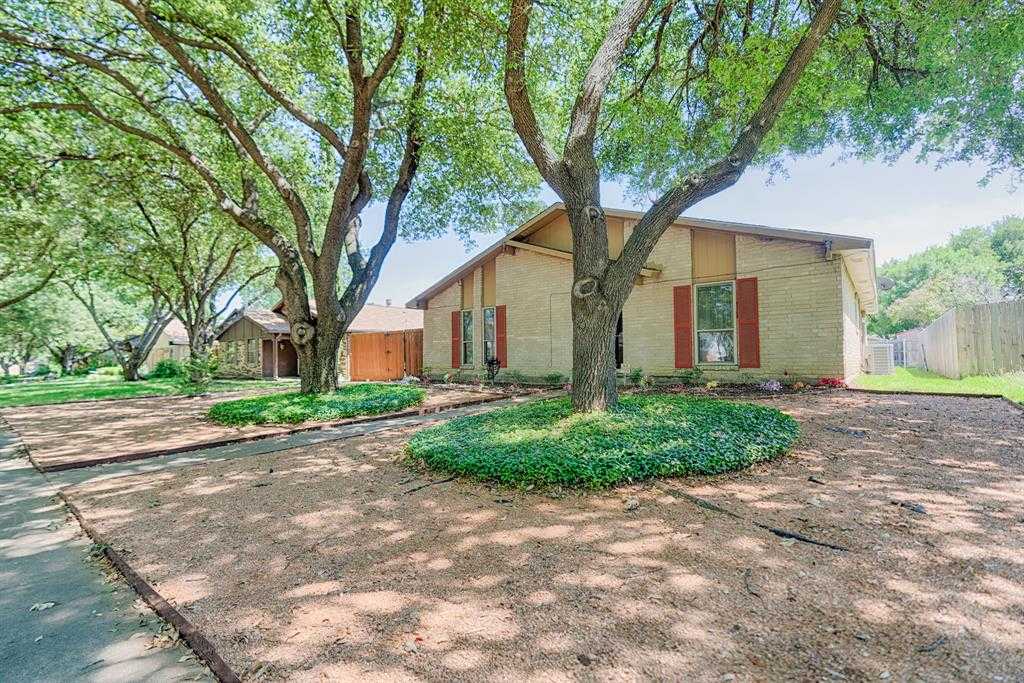 New
$249,900
3 Beds
2 Baths
1,417 SqFt
Status Active
MLS # 14353805
Property Type Single Family
Beautiful home with POOL in the heart of Plano. Close to highway, shopping, and restaurants. This gem is one of the few homes with a pool in a quiet neighborhood. The kitchen opens to living and dining area which is great for entertaining. The split-master bedroom has WIC and is huge with enough space for king bed and desk. This gorgeous home has newer roof, newer AC unit, newer windows, and no carpet. It's ready for you to call home!
View Property Details 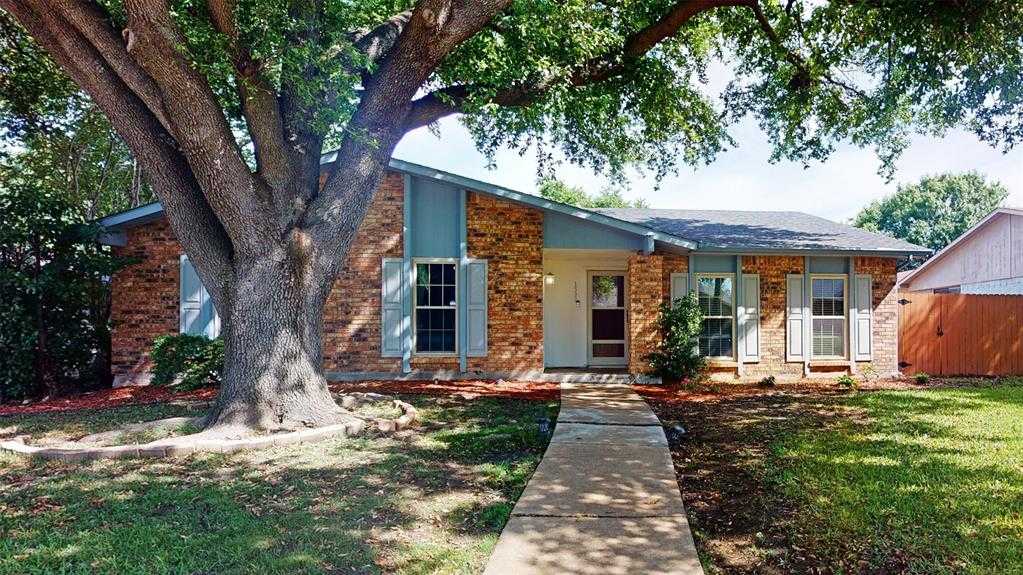 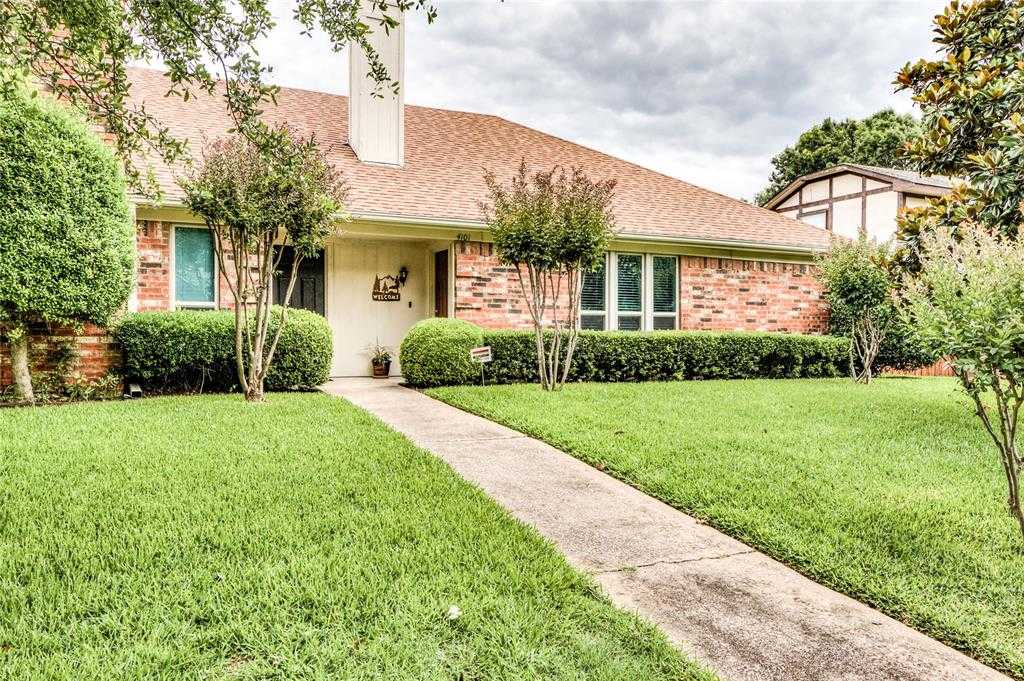 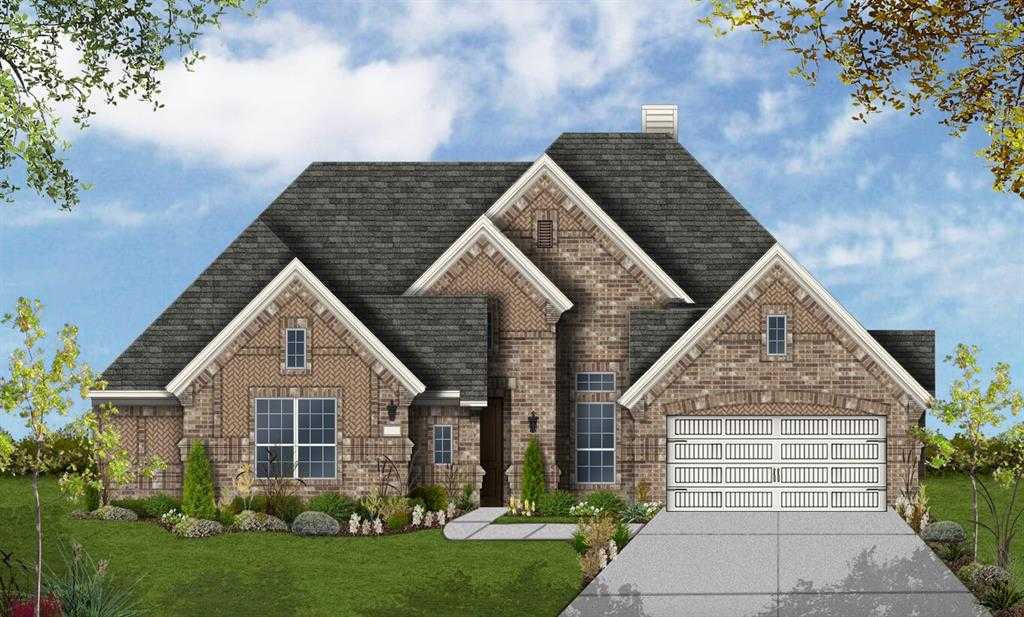 New
$507,363
4 Beds
3.5 Baths
2,836 SqFt
Status Active
MLS # 14354205
Property Type Single Family
MLS# 14354205 - Built by MHI Plantation Homes - August completion! ~ This beautiful home has all you need! Driving up you will notice the gorgeous elevation with courtyard & split 3 car garage. This floor plan is a home within a home with 2 separate entries! Coffered details in the ceiling of the family room & dining area add a touch of elegance to the open-concept living space. The expansive back patio is ideal for outdoor living. The master suite is exquisite with high ceilings, separate vanities, garden tub, walk in shower with seat and expansive master closet. The guest room has separate entry has its own private bath. Another great feature of this home is the extra large utility room.
View Property Details 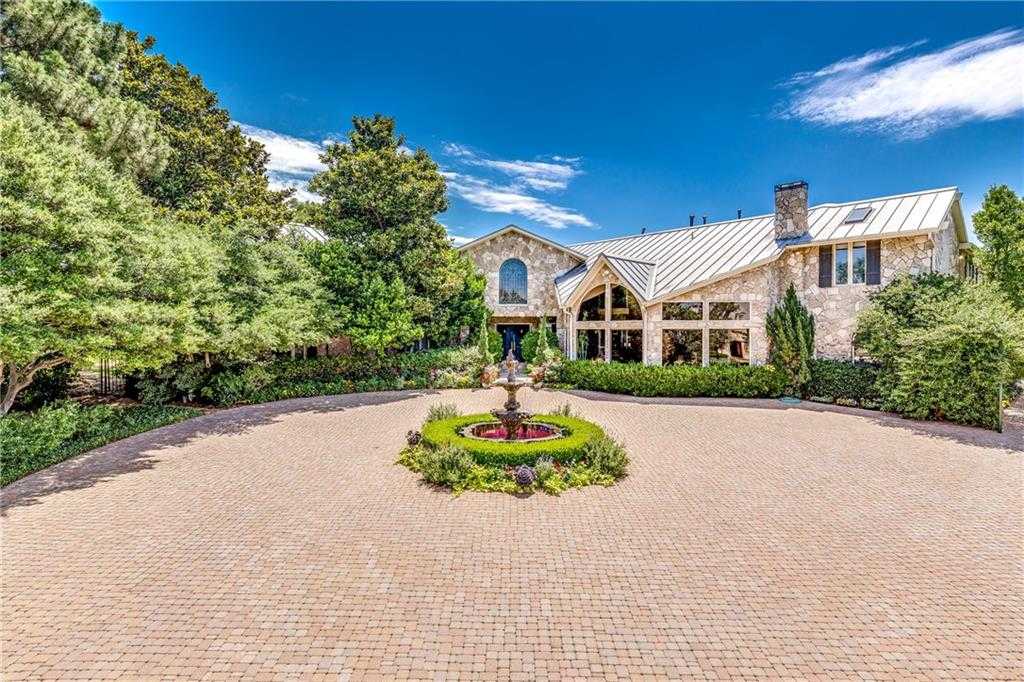 $2,975,000
6 Beds
8 Baths
10,281 SqFt
Status Active
MLS # 13824965
Property Type Single Family
*PROPERTY IS PRICED AT LOT VALUE* 4.62 acres - one of Plano's most incredible lots. This exclusive subdivision is located in West Plano. It consists of just 19 properties approx 2 to 4.62 acres each. This parcel being the largest and has the most panoramic views of the lake. El Ranchero Estates is bordered by White Rock Estates and Lakeside, essentially landlocked by luxury properties. The entire parcel is sprinkled, however the lake is a possible source of irrigation. Tennis courts at the far end of the property were recently resurfaced and a new awning installed on the spectator pavilion. 10,000+ square foot existing home and-or the 840 square foot guest home could be renovated if desired.
View Property Details 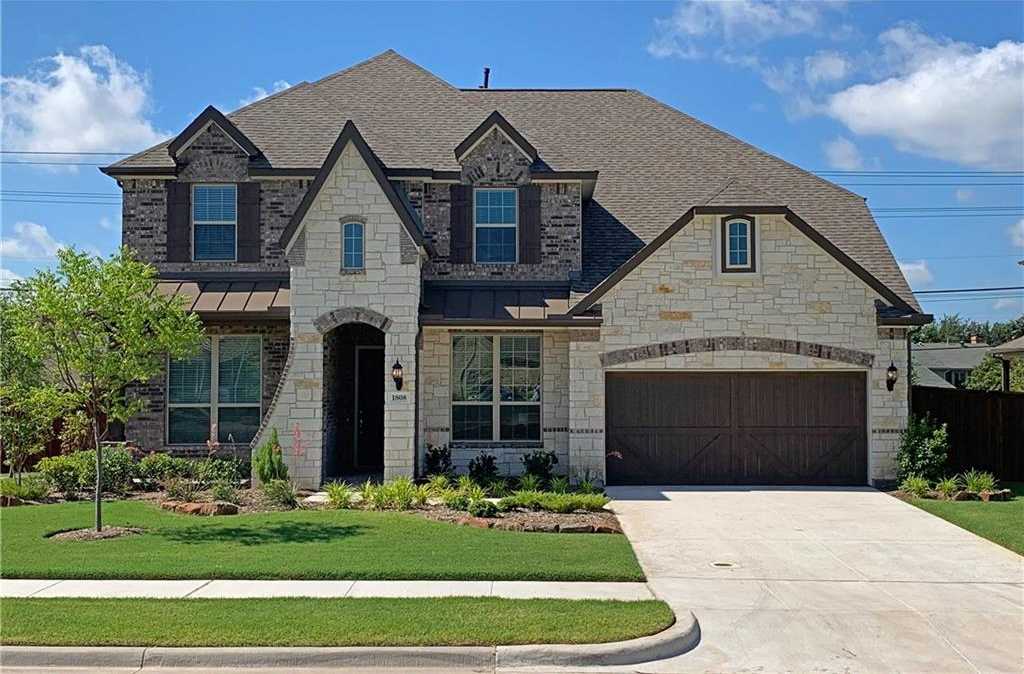 Even though Plano derives its name from the flat desert plains of Texas, there are many trees and green parks that make up a large part of Plano’s landscape. Plano has two main nature preserves that are connected by walking paths and biking trails, and together,they make for one large area of open green habitate that rivals even Central Park in New York City.

First settled in the 1840s, Plano was incorporated in 1873, six months after the Houston and Central Railroad opened and made the city the trading center of the farming community. Today, the City of Plano is spread out over about 72 square miles with a population greater than 272,000.

Like other Texas cities, Plano has experienced tremendous growth over the years. In the 1990’s, historic Downtown Plano started its urbanizing efforts by building new restaurants, retail stores, office buildings and homes. Downtown Plano evolved into a hotspot for boutiques, antiques, clothes, furniture, restaurants and music. In order to sustain their growth and quality of living, the City of Plano formed the Sustainability and Environmental Education Division to partner with Plano’s citizens, business community, and educational institutions. Its aim is to enhanced overall quality of life in Plano by promoting development, encouraging various lifestyles, and providing environmental education services to its citezens.

Whether you’re a young family or a first-time job seeker, relocating to Plano might be the key to satisfying a change in lifestyle. In Vocativ’s annual report of “35 Best U.S. Cities For People 35 And Under”, Texas scored nine cities in the top 35.” Some of the country’s most recognized companies have headquartered their regional offices in Plano – Tektronix Communications, JCPenney, Pizza Hut, Rent-A-Center, Gearbox Software, Dr Pepper Snapple Group, CA Technologies, Capital One Financial Services and more.

Home-ownership is part of the of the American dream. It’s the largest investment that most Americans will make in their lifetime. It is also one of the most complex, often requiring many legal documents and the involvement of many parties. One of the keys to successful home-ownership is to be informed buy an experienced real estate agent, and that’s what the Dan Combe Group can do for you. Being accurately informed is important to you, and a Dan Combe associate will take the time to talk to you and show you homes for sale in Plano 75023 , 75024 , 75025 , and 75093. Call Dan Combe today for a free tour of the area of Plano Texas. Call (817)800-0007.